Recently our www.floridaphotonicscluster.com domain was sold by our registrar to a very unethical party.

This 'domain troll' has offered to sell us the domain for $500. The cost for most domains is only a tenth of this or less and we felt that it was not in our best interest to give into what we believe is nothing short of extortion. We felt this would not be a responsible use of our funds.

Thus, going forward our domain will be www.floridaphotonics.org. Apart from not abetting unethical behavior, the .org domain is also in keeping with the non-profit nature of the organization. I apologize for any inconvenience caused over the past few months as we have struggled to sort this out. Below, I have included our discussions with this troll for your amusement.

I have to wonder how whether he actually get his expected return on his investment. In our opinion he just lost $50.


Posted by Florida Photonics Cluster at 3:30 PM No comments: Links to this post

URGENT – please attend a meeting with US Rep. John Mica on 7 August

As part of the effort to support the National Photonics Initiative (NPI - http://www.lightourfuture.org/) and the recommendations in the NPI white paper “Lighting the Path to a Competitive, Secure Future” that was issued in May, a Congressional Town Hall meeting has been organized by UCF, FPC, OSA and SPIE to brief Rep. John Mica, U.S. Representative for Florida's 7th congressional district.  The meeting will be held on Wednesday, August 7, from 9am-noon in the CREOL building at UCF [Room 102; directions at www.creol.ucf.edu/ContactUs/Directions.aspx].  The main agenda is shown below.  If you, and/or any of your colleagues, wish to attend this important event to help show support of the NPI and the importance of photonics to Florida, please send an RSVP to NPI@lightourfuture.org no later than Monday, 5 August. Your RSVP should include the following information for each attendee:

Directions and a parking pass will be sent to all who RSVP.

Posted by Florida Photonics Cluster at 12:52 PM No comments: Links to this post

Abstract:
In most cases, microscopic mechanisms of high-power laser-material interactions (including laser-induced damage (LID)) are driven by local value of electric field of laser radiation. The electric field cannot be directly measured during the laser-material interaction event, and laser fluence is the most popular measure to characterize the interactions. Under the standard approaches, the fluence is evaluated from measured energy of a laser pulse divided by measured (or simulated) laser-spot area. The point of this presentation is that the relation between the so measured fluence and amplitude of electric field of laser radiation is not trivial. To illustrate it, propagation of laser radiation through materials with non-homogeneous structure (e.g., multi-layer coatings) is considered. Multiple reflections during that propagation result in local enhancement of laser electric field due to interference effects. The enhanced electric field must result in intensifying the laser-material interactions and reduction of LID threshold. As examples of that interconnection between electric-field enhancement and LID threshold, Fresnel reflection at rear surface of optical windows, interference in multilayer coatings, and local field enhancement at surface scratches are referred to. Electric-field distribution is analyzed for those effects based on rigorous Maxwell’s equations under the approximation of linear propagation of monochromatic radiation. From distribution of laser electric field in space, energy flux and energy density are evaluated according to Poynting’s theorem. Then, radiation-energy transfer through the materials is discussed to uncover the true relations between the field enhancements and amount of laser fluence calculated from measured pulse energy divided by laser-spot area. Of special attention is the correct evaluation of laser fluence and local electric field at front and rear surfaces of thin transparent slabs in view of the well-established low damage threshold of the rear surfaces compared to the front surface.

Short Bio:
Vitaly Gruzdev graduated from St. Petersburg Institute of Fine Mechanics and Optics with honors in 1994. In 2000 he received Ph. D. from S. I. Vavilov State Optical Institute (St. Petersburg, Russia). In 2001-2003 he was a visiting researcher at the group of Prof. Dr. D. von der Linde (University of Essen, Germany). Since 2005 he is with the Department of Mechanical and Aerospace Engineering, University of Missouri. He has been working in the field of high-power laser-material interactions and laser-induced damage for more than 20 years. His current research interests include theoretical studies of laser-induced photo-ionization of solids and related laser effects. He has more than 100 publications on the topic. Since 2009 he is a co-chair of SPIE Laser Damage Symposium held annually in Boulder, CO, USA. In 2012 he co-edited a special section of Optical Engineering devoted to Laser Damage.

Posted by Florida Photonics Cluster at 12:54 PM No comments: Links to this post 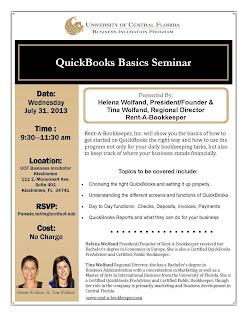 Posted by Florida Photonics Cluster at 1:33 PM No comments: Links to this post

Posted by Florida Photonics Cluster at 1:43 PM No comments: Links to this post

Abstract
This presentation will review the alignment methods of liquid crystals (LC) and reactive mesogens, which are alternative to the traditional rubbing technique. Special attention will be paid to the methods of photoalignment and ion/plasma beam alignment, which are considered to be the most promising for practical use. New opportunities offered by these techniques to LC devices will be discussed.

Biography
Dr. Oleg Yaroshchuk received his Ph.D. degree in solid-state physics from the Institute of Physics (IOP), National Academy of Sciences of Ukraine, in 1990. He currently is a senior research fellow and leader of research group in the Department of Physics of Crystals of IOP. His research area includes alignment methods for liquid crystals and liquid crystal polymers, heterogeneous liquid-crystal media, and non-linear optics. He has published more than 150 scientific and technical papers and authored 14 inventions. He is a member of ILCS and SID.

Posted by Florida Photonics Cluster at 1:11 PM No comments: Links to this post 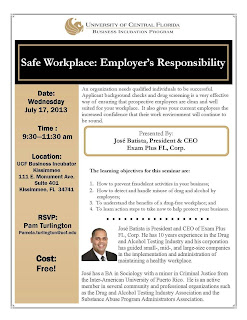 Posted by Florida Photonics Cluster at 2:16 PM No comments: Links to this post 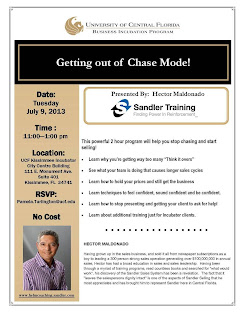 Posted by Florida Photonics Cluster at 4:43 PM No comments: Links to this post